WHATEVER HAPPENED TO HONESTY AND INTEGRITY?

Question… what’s wrong with allowing the impeachment inquiry to proceed…if TRUMP did no wrongdoing?

From my point of view…it would be so simple for the Republicans to just stop acting like COWARDLY fools, and dammit stop attempting to derail the inquiry. Let’s see what comes out of this process. If TRUMP HAS COMMITTED NO WRONGDOING, IT WILL COME OUT.

Consequently, if wrongdoing is proven to be TRUE, he should be impeached.

We can’t allow lawmakers to forget what their purpose is…STANDING up to anyone that goes against the people of this COUNTRY. As for revealing the identity of the whistleblower… never.  All of the  Republicans in support of Donald Trump’s request to find out who the person is, they are dam lunatics.

They know the significance of the Whistleblower Program.  Once again, I ask this question…what happened to honesty and integrity?

Donald Trump is like a hurricane…he is systematically destroying everything good about this country. He is playing a very hazardous game, which will lead to nothing but catastrophic events. Each time he goes on one of his rants, some deranged buffoon commits an act of violence.

“Go Back to your country” is what a 61-year-old man said as he threw the acid into the face of a citizen of a different nationality. https://www.newsweek.com/milwaukee-acid-attack-mahud-villalaz-1469578 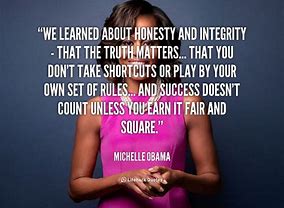 👋 Guess what? I know something YOU don’t ! Cancel reply

This site uses Akismet to reduce spam. Learn how your comment data is processed.